i'm too lazy to do this review properly

the diving bell and the butterfly is an awesome movie


you should see it

I think I love Julian Schnabel 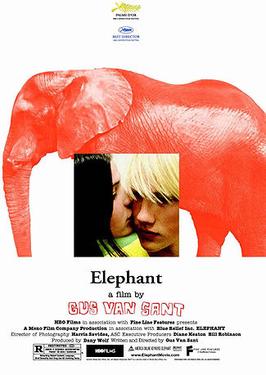 An acquired taste that luckily I have. This is an incredibly quiet, powerful film. It's genius somehow, abstractly, and I must say that I'll never forget it. Of the best, it's the best of art house and of one of Gus Van Sant's films. It's a little bit flawed timeline-wise, but its mistakes can be easily forgiven. A must see. The ending? Strange. Public schools NEVER have hanging meat in freezers; I'm guessing it's a metaphor to exemplify the carnage that those poor Columbine kids created that terrible April day.


I was planning on carpooling to school today but my lame friend did not even think of doing it so I couldn't.

There's nothing much new with me. The musical is over, which is a relief, but it's also sad, considering I have nothing to do now, but yeah. I'm sick with a cold so I missed the cast party last night, but there'll be another one in a week over at this girl's house. She has a rainbow light in her pool.

So in place of going to the party last night I watched There Will Be Blood again, which I got in the mail yesterday. My god how I love that film. It's so awesome. I need to update my favorite movies bio. Putting it there. Yes.

After a month and a half or so of withdrawal from writing, I've decided to write more of Marisol's Few Days Back. Just recently I got a shit load of ideas and inspiration for it. I randomly wrote a scene that I have no idea where I'm going to put which takes place in a store called "Lamps-a-Lot" which features an old store clerk and an autistic kid who plays an arpeggio on a keyboard. There's another scene that's actually quite pivotal to the plot line and explains a few metaphors that I've thrown into the storyline...

There's an update on my life.

"You are what you love, not what loves you".
-Adaptation (film)


props to google for quoting a good movie

starring me as baby john

i listened to a little bit of podcast #2

mulholland dr. is my favorite movie so I stopped listening to it when they mentioned a paper that mark fucking did on it fuck fuck fuck ears hatehatehate

so jesus has risen you guys